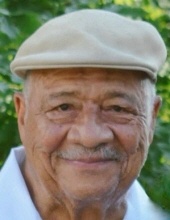 He was born on July 27, 1936, in Vicksburg, Mississippi, to the late Marguerite (Prentiss) and Hugh Flowers Sr.

Hugh graduated from Washington Technical High School in St. Louis, Missouri, and was a very proud graduate of Lincoln University, Jefferson City. He went on to earn his Master’s degree from Roosevelt University, Chicago, Illinois, and did further work toward his doctorate degree at the University of Missouri.

After graduation from Lincoln, he served in the U.S. Army as a chaplain’s assistant in Fort Gordon, GA for three years.

He then went on to teach music and direct several choirs at Parker High School in Chicago, Ill. He was much more than a teacher to his students, mentoring and nurturing many of them and establishing loving relationships that spanned more than 50 years. He returned to Lincoln University in 1972 to teach vocal music and direct the university choir. He was instrumental in helping many of his Chicago students to receive scholarships and brought them with him to study at Lincoln.

Hugh later continued his service at Lincoln working as a recruiter. He taught music on the elementary level at schools in St. Louis, and at Moreau Heights and South schools in Jefferson City. He was the proud director of the Jefferson City Boys Choir at South.

He was a member of First Assembly of God Church in Jefferson City, and a member of Phi Beta Sigma Fraternity, Incorporated.

Hugh was an outgoing, friendly person who never met a stranger! He loved traveling and making new friends everywhere he went, including Spain, Germany, Venezuela, El Salvador, Paris, Morocco and more. He was an avid gardener and an excellent cook, and loved studying Spanish.

He was preceded in death by his son, Jeffrey Flowers Sr. and a brother Daniel Flowers.

A private memorial service will be 10 a.m. Monday, January 11, 2021, at First Assembly of God Church. The church will live stream the service on their website at www.firstassembly.org.

Those attending the services are asked to follow social distancing guidelines. Facial coverings are required while in attendance.

A music scholarship to benefit students at Lincoln University has been established in Mr. Flowers name. Make checks payable to: The 62nd & 65th Regiments Legacy Foundation, Inc., the memo line should read: Hugh Flowers Music Scholarship. To mail send to: The 62nd & 65th Regiments Legacy Foundation, Inc., ATTN: Development Committee, PO Box 1376, Jefferson City, MO 65102. To donate online and by credit/debit card, please visit the Foundation's website at this link: https://www.62-65rlf.org/donate-here. We would appreciate an email to info@62-65rlfcom that tells us that the donation is for the Hugh Flowers Music Scholarship.

Those wishing to send condolences to the family may do so at the www.dulletrimble.com website.
To send flowers to the family in memory of Hugh Flowers, please visit our flower store.