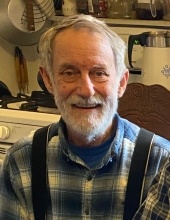 Henry Michael "Hank" Taylor, M.D., 81, of Ashland, passed away peacefully on Sunday, August 9, 2020, at his residence following a lengthy illness.

He was born on February 19, 1939, in Detroit, Michigan, the son of Carl and Eva LaRose Taylor.

Hank's long life led him to many and varied places in the world for work and travel. He served with the Michigan National Guard through his college years at the University of Detroit and his medical school years at Wayne State University where he earned his Medical Doctor degree. Then on to California and later to Nigeria and Norway, returning to the United States for his medical residencies in hematology and pathology.

He met, made, and kept many friends from nearly every place he traveled and worked, eventually settling near Ashland, Missouri, and working at the University of Missouri Medical Center. Soon after relocating to Missouri he bought a farm in southern Boone County where many of his friends came to know him.

He and his wife, Marie, created much great music and memories within a large community that continues to this day in even greater numbers. For a time, in the 1980s and early 1990s, they lived in New Brunswick, Canada, where he built a timber frame house on the Bay of Fundy with the help of Marie, his son, Geoff, and a great many others. Eventually he returned to Missouri and the University of Missouri Medical Center. He later practiced medicine part-time with the Missouri Department of Corrections before retiring to enjoy the peace, beauty, and natural music of life in Fox Hollow.

Some of his greatest pleasures in life derived from reading a wide variety of subjects and genres which led, among other things, to an interest in woodworking and astronomy.

He enjoyed his daily bicycle rides which he continued until just a few weeks before his passing. He loved folk dancing, was a member of the Mid-Missouri Traditional Dance Group, and played music for his own enjoyment and the pleasure of many others. The many friends he came to know while playing Irish music became frequent visitors over the years. When these friends came together it would not be long before the sounds of music would fill the air.

His long study and chosen path of Zen Buddhism gave him no fear of death but rather a gathering joy, looking forward to the transition from this world to whatever is next for him. His practice of Zen gave him much peace and insight which he shared with everyone who came to know him. Many folks found long hours of peaceful enjoyment talking with Hank about anything that might come up, or just sitting quietly together.

He was preceded in death by one sister, Nancy Rochette; and two brothers, Timothy Taylor and Thomas Taylor.

Private family services will be held at a later date together with a small and intimate gathering where interment will take place alongside Marie on the farm the two of them so loved.

Those wishing to send tributes or condolences to the family may do so at the www.dulletrimble.com website.
To send flowers to the family in memory of Henry Michael Taylor, please visit our flower store.