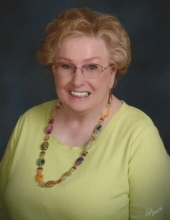 She was born on January 30, 1931, in Jefferson City, the daughter of the late Martin and Irene Nilges Stuart.

She was a member of St. Peter Catholic Church, Perpetual Adoration Society, Funeral Luncheon Committee, and was a past president of the Missouri State Womens Democratic Club.

She was preceded in death by two sisters, Ruby Zimmerman and Sylvia Larkin.

Mass of Christian Burial will be at 11 a.m. on Monday, July 23, 2018, at St. Peter Catholic Church with the Rev. Philip E. Niekamp officiating.

Those wishing to email tributes or condolences to the family may do so at the www.dulletrimble.com website.
To send flowers to the family in memory of Helen Joretta Niekamp, please visit our flower store.