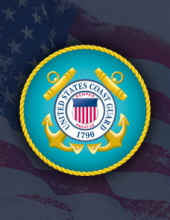 He was born on June 9, 1953, in Minneapolis, Minnesota, the son of the late Augustus Levi Belcher and Merle Elizabeth Key Belcher.

Gordon and his wife, Marilyn, who survives him, were married on March 16, 1991, in Independence, Missouri.

A 1971 graduate of Hickman High School in Columbia, he graduated from Crowder College in Neosho, Missouri, in December, 1984, with an Associate's Degree in Applied Science.

He served with the United States Coast Guard from 1975 to 1979 as a Machinery Technician, Third Class, last serving with the Marine Safety Unit in Paducah, Kentucky.

Gordon was a Christian and a member of New Hope Baptist Church.

He was well-known as a videographer for conferences, MMA Fights, church events, and several Russellville High School graduations.

He was preceded in death by one brother, John Mark Belcher.

Visitation will be 9:30-11 a.m. on Wednesday, September 29th, at Dulle-Trimble Funeral Home in Jefferson City.

Private Family burial with military funeral honors will be in Columbia City Cemetery.

Those wishing to send tributes or condolences may do so at the www.dulletrimble.com website.
To send flowers to the family in memory of Gordon Key Belcher, please visit our flower store.