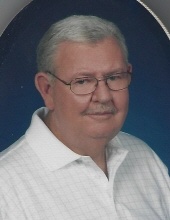 Glenn Howard Dothage, 80, of Jefferson City, formerly of Koeltztown passed away on his birthday, June 26, 2019, at Oak Tree Villas.

He was born June 26, 1939, in Hopewell, Missouri, the son of the late Howard August and Marie (Knapeheide) Dothage.

He was a member of the United Methodist Church in Vienna and the Lion’s Club.

He was preceded in death by parents; and his wife, Jane.

Those wishing to email tributes or condolences to the family may do so at the www.dulletrimble.com website.
To send flowers to the family in memory of Glenn Howard Dothage, please visit our flower store.