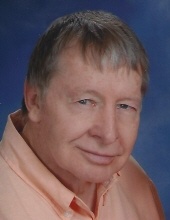 He was united in marriage on April 3, 1971, in Jefferson City, to
Patricia A. Thompson who survives at the home.

Mr. Parish was employed in the construction trades for numerous years prior to working for the Missouri Department of Corrections, and later with the United States Postal Service, until his retirement in 2003. In retirement, he assisted United States Veterans with transportation to and from various appointments.

He was a member of Immaculate Conception Catholic Church.

Other survivors include one daughter and one son and their significant others; four grandchildren; one sister; numerous brothers and sisters–in-law; and numerous nieces and nephews.

He was preceded in death by his parents, one brother, two sisters, two brothers-in-law, and a nephew.

Burial was in Resurrection Cemetery.

Dulle-Trimble Funeral Home is in charge of the arrangements.
To send flowers to the family in memory of Gerald Lee "Jerry" Parish, please visit our flower store.