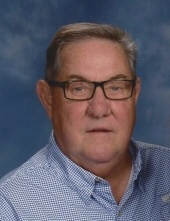 He was born on April 15, 1941, in Highland, Illinois, the son of the late Oliver Francis Jacober and Norma Ann Federer Jacober.

He was married on August 19, 1967, in St. Louis to Norma Jean Hackbarth. He was later married on February 25, 1995, in San Francisco, California, to Linda Louise Kempker Kramp who survives at the home.

He served as an insurance claims adjuster for thirty years and as Medical Malpractice Claims Manager for twenty years before retiring from Hospital Services Group in Jefferson City.

A member of Saint Peter Catholic Church in Jefferson City, Fraternal Order of Eagles, and the Benevolent and Protective Order of Elks, he enjoyed fishing, boating, and golf. He also enjoyed the Heart of Missouri Corvette Club, the Wine-O-Likes, and polishing his "Jacober White" vehicles and his Corvette convertible "GUD-TYM." He will always be remembered for his colorful one-liners and his particular affinity for Dewars Scotch. Above all else, he cherished great times with his loving family, friends, neighbors, co-workers, and his special canine friend, "Fred."

During his retirement he volunteered with the Habitat for Humanity ReStore in Jefferson City.

He was preceded in death by his brother, Dennis Jacober.

A celebration of his life will be held at a later date.

Those wishing to post tributes or condolences to the family may do so at his obituary on the www.dulletrimble.com website.
To send flowers to the family in memory of Gerald David "Jerry" Jacober, please visit our flower store.