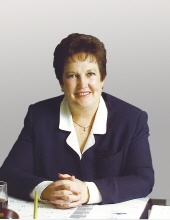 Geneva Maxine “Jeanie” Moore, 80, of Jefferson City, passed away peacefully on January 12, 2021, at St. Joseph Bluffs surrounded by her family.

She was born December 20, 1940, in Prairie Grove, Arkansas, the daughter of the late Rev. Earnest John and Allie (Peterson) Pool.

She was a 1958 graduate of Silex High School.

Jeanie was united in marriage on September 21, 1958, in Silex, Missouri to Dick Moore, the love of her life.

She was a very successful business woman who owned and operated Modern Litho. She took great joy in encouraging employees to grow in their careers and in providing outstanding service to the customers she came to know. Many of those employees and customers became her dear friends. She was always quick to help others, whether related to business questions or personal struggles, and she was admired for the wise counsel she provided.

Jeanie was an active member of First Assembly of God Church in Jefferson City and LIFE Church in Fruitland Park, Florida. Growing up as the eldest daughter of a pastor led her to use her musical talents in service to the church.

Over the years she played piano and organ and sang in countless church services. Music was one of the great joys of her life. Jeanie was also thrilled to be able to support missions work. She and her husband Dick purchased entire libraries for Assembly of God Bible Schools primarily located in Latin America.

Jeanie embodied the idea of servant leadership, and was quick to lend a hand, from developing a strategic business plan to tasks like clearing dishes after a church dinner. Her leadership gifts truly showed when she saw a way to improve a situation. As she said, “Never accept the status quo. If you know or think you know a better way, tell someone.” She often knew a better way, and she always took the time to tell someone or show someone how to make things better.

In her retirement she continued to play competitive rounds of golf with her husband Dick and other friends and family members. Strangers sometimes underestimated her ability to “hit the ball,” but they always had a good time when she was playing. She loved her family fiercely, and she adored spending time with her children, grandchildren and great-grandchildren.

Private family services will be held at First Assembly of God Church with Rev. Lowell Perkins officiating on Sunday, January 17, 2021 at 2:00 pm. The church will live-stream the service on their website at www.firstassembly.org.

Arrangements are under the direction of Dulle-Trimble Funeral Home.

Those wishing to send condolences to the family may do so at the www.dulletrimble.com website.
To send flowers to the family in memory of Geneva Maxine "Jeanie" Moore, please visit our flower store.