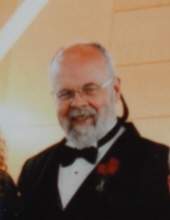 Gene Leon Aasen, 79, of Jefferson City, passed away Tuesday, March 1, 2022, at his home from complications of twenty-eight years of having Parkinson’s disease.

He was born on November 12, 1942, in San Diego, California, the son of the late Leon and Vivian (Olsen) Aasen.

He was married on May 17, 1975, in Columbia, Missouri to Susan Anne Bryan, who resides at the home.

He was a graduate of Clarkfield High School in Clarkfield, Minnesota and received a Bachelor of Science Degree in Political Science and a minor in Physics from the University of Minnesota in Morris, Minnesota.

He worked for the University of Missouri Research Reactor as a Reactor Operator and then a Senior Reactor Operator when he met his wife, Susan. He became a nuclear engineer and worked for various companies that built nuclear power plants until he became disabled with Parkinson’s disease.

Gene was a very smart man and was a member of Mensa International, a high-IQ society. He loved to read, bowl, play games, including board and card games, and watch the history channel. Gene was the most loving husband, father, grandfather, brother, and friend that anyone could ask for.

He was preceded in death by a brother, Richard Aasen.

A celebration of life will be held at a later time for family and friends.

To send flowers to the family in memory of Gene Leon Aasen, please visit our flower store.