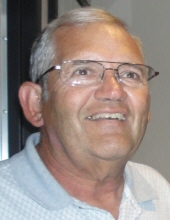 He was born July 20, 1952, in Jefferson City, the son of the late Roy Lee and Juanita Ruth (Cook) Ridenhour.

He was united in marriage on June 2, 1972, in Jefferson City to Deborah Elaine Smith who survives at the home.

Gary was a certified ASE automotive technician working at various dealerships including McKay Buick for 10 years.

Gary and his wife, Deborah spent many summers working with childrens ministry at church summer camps across several states. He also served as a childrens pastor for three years with First Assembly of God and several years with Pentecostal Church of God.

He attended Bible Baptist Church. He was a former Royal Ranger leader and a deacon with Western Hills Assembly of God.

He enjoyed fishing, camping, and playing his bass guitar.

Gary loved his family, spending time with his children and grandchildren. Everyone who knew him will remember him for his generosity, his sense of humor, and for his kindness.

He was preceded in death by his parents; and a daughter, Cristina Ridenhour.

Memorials are suggested to the Lymphoma Society.

Those wishing to send condolences to the family may do so at the www.dulletrimble.com website.
To send flowers to the family in memory of Gary Lee Ridenhour, please visit our flower store.