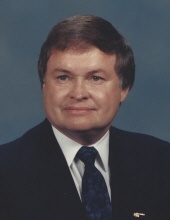 Gary was born on February 2, 1939, in Detroit, Michigan to Muriel (Kinsfather) and Alvin Heaviland. The family moved to Independence, Missouri when he was two. Gary attended the old William Chrisman High School.

As a teenager he mowed and trimmed lawns with the help of his father, and worked hard at the local gas station washing and detailing cars. He achieved the rank of Eagle Scout with three palms with the Boy Scouts of America; he was member of the Mic-O-Sa tribe. Gary was active in the Community of Christ (formerly RLDS) Church, where he was called to the office of deacon. He attended Graceland College in Lamoni, Iowa.

Gary was a member of the individual and group life and health insurance industry for over 40 years and proudly displayed his license plate GROUP. He first served as an agent for Metropolitan life in Kansas City and Liberty, Missouri. After his move to Mid-Missouri, he served clients for over 30 years as a group health and life broker with Winter-Dent Inc., retiring in 2010 as Manager of Group Benefits. He held the designations of CLU and LUTCF. He interrupted his insurance career when Met Life was going to transfer him to Fargo, N.D., to be Sales Manager for Mar-Cher Marine in La Puente, CA. where he sold Cobalt boats.

He was a member of the First United Methodist Church and was an active usher, greeter, and Fresh Start Market volunteer.

Gary supported the American Cancer Society for over 30 years, where he served as fund raiser and go-fer for all the local golf tournaments, served in various offices on the Cole County Board, including President, served on the Missouri Division Board of Directors, and received the Volunteer of the Year Award for 2005. During his tenure the local chapter started its successful Relay for Life. Gary was active in the United Ostomy Association, as a member of the local support group and as an official visitor. He supported the Missouri Botanical Gardens where he visited regularly, and enjoyed the special events in the Gardens. He also worked to support the Special Learning Center for over 25 years by fundraising and as a go-fer for the golf tournaments working with National Association of Insurance and
Financial Advisors.

Gary served on the Five Rivers District Eagle Scout Board of Review and was an active supporter of the Boys Scouts. He worked with River City Habitat for the last 7 years to help numerous families with the Family Support Committee secure their first home, and as Chair of the Aluminum Can Committee since 2013, and for the last three years he has also served as a member of the Board of Directors. He also supported the community by attending Samaritan Center and YMCA fundraisers, and The Little Theater and Capital City Players productions.

Gary enjoyed to drive his latest clean car, landscape and maintain his yard, observe nature at home or when traveling, to race his slot cars, and photography.

He enjoyed his many trips to the Hawaiian Islands with Tina, first to visit her parents and later to visit his brother in laws Ralph Farmer and John Remley.

In lieu of flowers the family has asked that donations be made to the First United Methodist Church, the Special Learning Center, River City Habitat, or a charity of your choice.

Those wishing to email tributes or condolences to the family may do so at the www.dulletrimble.com website.
To send flowers to the family in memory of Gary Lee Heaviland, please visit our flower store.