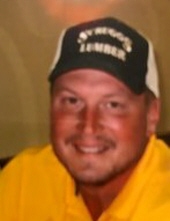 Gabriel Michael “Gabe” Lloyd, 40, of New Bloomfield, passed away on Friday, August 20, 2021, as a result of a truck accident near New Bloomfield.

He owned and operated Gabe Lloyd Construction and was a former partner with Lexington Development.

Gabe enjoyed hunting, fishing, farming, cattle and building anything. His favorite times were with his children and he recently built a dock on his pond for them to enjoy. Gabe loved his family and friends and enjoyed spending time with them.

Memorials are suggested for his children’s educational fund with checks being made out to his grandparents, Phil and Norma Lloyd and mailed to Dulle-Trimble Funeral Home, 3210 N. Ten Mile Dr., Jefferson City, MO 65109.

Those wishing to email tributes or condolences to the family may do so at the www.dulletrimble.com website.
To send flowers to the family in memory of Gabriel "Gabe" Michael Lloyd, please visit our flower store.