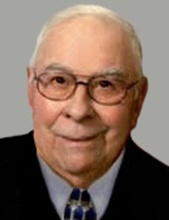 He was born April 2, 1945, at St. Mary’s Hospital in Jefferson City, the son of Frederick John Huhman Sr. and Zita Agnes (Adrian) Huhman.

He was a 1963 graduate of St. Elizabeth High School and a 1968 graduate of Lincoln University with a bachelor's degree in agriculture.

Fred served in the Army Reserves and the Missouri National Guard for over 28 years.

He was married on February 7, 1970, in Linn, Missouri to Evelyn Nilges. On May 28, 1999, in Jefferson City, he married Jacqueline Alice Zeilmann who survives at the home.

Fred worked for the USDA for over 30 years, retiring as a Loan Officer.

He was a member of Immaculate Conception Catholic Church, member of the Central Missouri Master Gardeners, and a former member of the Knights of Columbus Fourth Degree in Joplin. After the deaths of his parents, Fred continued management of the family Century Farm in Miller County, in summer concentrating on his vegetable garden, especially tomatoes. He also enjoyed working on anything he thought he could fix/repair. Fred was a long-time blood donor of the Red Cross, having donated over 38 gallons.

He was preceded in death by his parents; a sister, Carol Huhman; and a brother, Roger Huhman.

Mass of Christian Burial will be 10 a.m. Friday at Immaculate Conception Catholic Church with the Rev. Tony Onyeihe officiating.

Memorials are suggested to Couple to Couple League.

To send flowers to the family in memory of Frederick John Huhman, please visit our flower store.