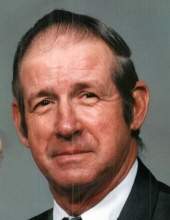 He was born June 26, 1933, at St. Martins Mo., the son of the late Otto H. Lehman and the late Rose Mary Distler Lehman.
He was united in marriage on November 28, 1986 at St. Martin Catholic Church to Sandra Buschman Mcelwaine who survives at the home. Francis attended St. Martin School and has always been a member of St. Martin Catholic Church in St. Martin. He was a member of the VFW Post 1003 in St. Martins and the American Legion Post 5. Francis served in the United States Army in Korea and in the Army Reserves until 1961. He was a farmer all his life and worked for Delong’s Inc. for 43 years until his retirement in 1998. Francis was a gentle man who cared for his parents until their deaths. He enjoyed working his farm, dancing and country music.

Mass of Christian Burial will be at 10:00 a.m., Monday, August 9, 2021, at St. Martin Catholic Church with Reverend Jason Doke officiating. Burial with military honors will be in the St. Martin Church Cemetery.
Visitation will be from 4:00 p.m. until 6:00 p.m., Sunday, August 8, 2021, at the Dulle-Trimble Funeral Home, 3210 North Ten Mile Dr., Jefferson City. Visitation will continue on Monday from 9:00 a.m. until the time of services at the church. Facial coverings are suggested while following social distancing guidelines.

Those wishing to email condolences may do so at www.dulletrimble.com
To send flowers to the family in memory of Francis Joseph Lehman, please visit our flower store.