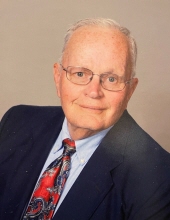 He was united in marriage on November 28, 1970, at St. Lawrence Catholic Church in St. Elizabeth to Joann Frances Massman, who survives at the home.

A 1965 graduate of Fatima High School, Felix received a Bachelor of Science Degree in Agriculture from Lincoln University in 1969, and a Master of Science in Animal Nutrition from the University of Missouri, Columbia, in 1971.

Felix spent his thirty-five-year career with Lincoln University as the farm manager and an assistant professor, retiring in 2012.

He was a member of Immaculate Conception Catholic Church, the Immaculate Conception Holy Name Society (serving many years as its treasurer), the Board of Directors for Public Water Supply District 2 of Cole County, and previously the Board of Directors for Resurrection Cemetery. He was also very active with the Ag Club and FFA activities at Lincoln University.

Felix had a deep concern and caring manner for those around him. He was always ready to help family and friends, expecting nothing in return. He enjoyed vegetable gardening, vacations to visit family around the country and abroad, and feeding the birds, although his favorite was spending time with his family on their farm near Folk.

Survivors include his wife, Joann; and a daughter, Lisa Wulff.

He was preceded in death by his father, Felix Philip Wulff and his mother, Rose (Bruemmer) Wulff Winkelman and a stepfather, Linus Winkelman.

A memorial will be held at a later date.

In lieu of flowers, memorials are suggested to the Lincoln University Foundation General Scholarship Fund, Immaculate Conception Catholic Church or to a charity of the Donor’s Choice.

Those wishing to email tributes or condolences to the family may do so at the www.dulletrimble.com website.
To send flowers to the family in memory of Felix Philip Wulff, please visit our flower store.