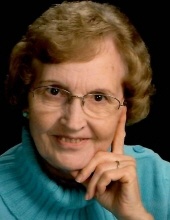 She was born in the family cabin on June 29, 1940, in Maries County, near Belle, Missouri. The second daughter and third child of the late Ewell Harvey and Clorah Pearl (Cooper) Dake.

On August 28, 1961, at the Union Avenue Christian Church in Moberly, Missouri she was united in marriage to Daniel Lee “Danny” Camp. Margaret became a mother in 1964 and again in 1968.

Margaret enjoyed the outdoors which included housing, feeding and watching the birds, but mostly loved spending time with and caring for her family. Margaret and Danny lived in, many places across the U.S. serving their Lord in the ministry; including Arizona, Colorado, Illinois, Indiana, Iowa, Missouri, Montana, and Texas. She was a member of Capital City Christian Church.

She was preceded in death by her parents; one sister, June Wiegers; and two brothers, Charles “Charlie” Dake and Ewell “Bud” Dake.

Memorials are suggested to Central Christian College of the Bible in Moberly.

Those wishing to send condolences to the family may do so at the www.dulletrimble.com website.
To send flowers to the family in memory of Ewella Margaret Camp, please visit our flower store.