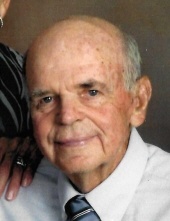 Elmer Clarence Wankum, 82, of Taos, passed away Friday, October 9, 2020, at his residence surrounded by his loving family.

He was born December 8, 1937, in Meta, Missouri, the son of the late George and Louise (Porting) Wankum.

Elmer attended St. Cecelia Elementary School in Meta, was a 1955 graduate of Fatima High School, Westphalia, and received his Bachelor of Science degree in Criminal Justice from Lincoln University.

Elmer was united in marriage on June 15, 1963, at St. Francis Xavier Catholic Church in Taos to Catherine Marie Kerperin who survives at the home.

He worked for the Missouri Department of Corrections at the Missouri State Penitentiary from October 29, 1962 until his retirement on April 30, 2002. At the time of his retirement, he held the position of Functional Unit Manager. Prior to his employment with MSP, he worked in the Osage County Clerk’s office as a deputy clerk, served as a Battalion Clerk in the US Army, worked for Scruggs Guhleman Knollmeyer in Meta, and worked on his father’s farm.

Elmer was a member of St. Francis Xavier Catholic Church in Taos where he served as a communion minister and was an active member of the parish and community. He was also a member of the Knights of Columbus Council 6430 in Taos.

Elmer was an easy-going, kind, hard working person. He enjoyed the outdoors working and recreating. He liked to fish, hunt, do garden work, and keep his lawn and surroundings neatly groomed. He enjoyed going to his son’s farm and helping out wherever he could. Elmer was always there to help others when the opportunity arose. He especially enjoyed spending time with his family. He loved attending his grandchildren’s school functions and sporting events. Elmer loved spending quality time with each of them. He was their hero.

Mass of Christian Burial will be 11 a.m. Friday at St. Francis Xavier Catholic Church with the Rev. I.C. Medina officiating. The service will be live streamed for those who wish to watch from home. The link can be found on Elmer’s obituary page under Tribute Wall at www.dulletrimble.com.

Those wishing to send condolences to the family may do so at the www.dulletrimble.com website.
To send flowers to the family in memory of Elmer Clarence Wankum, please visit our flower store.