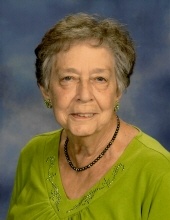 Elizabeth Louise “Betty” Schrimpf, 80, of Jefferson City, received the promise of eternal life Sunday, November 22, 2020, in the comfort of her home with her devoted family by her side.

She was born August 7. 1940, in Osage County, the daughter of the late Henry Louis and Angeline Louise (Schenewerk) Veltrop.

Her high school and college educations were attained at School Sisters of Notre Dame Convent in St. Louis.

She was married on December 28, 1959 in Jefferson City to Robert Lewis Schrimpf, who preceded her in death on August 9, 1995.

She was a volunteer coordinator for St. Vincent De Paul Society at St. Peter Catholic Church since 2009; served on the Parish Council; substituted as a teacher for PSR religion classes; served as a Eucharistic Minister, Mass Coordinator and Lector for weekly Mass; served on the Board of Directors for Liberty Senior Citizen Homes for the elderly in Taos. In earlier years, Betty was a girl scout leader and den mother, room mother, and served on the PTA, when her children were in school.

She was preceded in death by her parents; her husband, Robert Schrimpf, one son, Derek Schrimpf; and a brother-in-law, Levoy Luebbert.

Mass of Christian Burial will be 10:30 a.m. Friday, at St. Peter Catholic Church with the Rev. Jeremy Secrist officiating.
Live streaming of the mass will be available on Facebook for anyone wishing to follow the service from home. The stream will be available under the account of Brenda Lynn Engelbrecht.

In lieu of flowers, memorials are suggested to St. Vincent De Paul Society.

Those wishing to send condolences to the family may do so at the www.dulletrimble.com website.
To send flowers to the family in memory of Elizabeth Louise "Betty" Schrimpf, please visit our flower store.