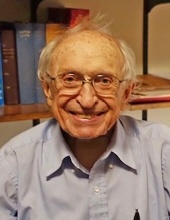 Born May 30, 1930, Ed graduated from St. Peter High School in Jefferson City, then went on to earn a degree in Philosophy from Cardinal Glennon College in St. Louis.

From 1958-1960, Ed served as the Editor of the Catholic Missourian. From 1960-63, he acted as a Chaplain at the University of Missouri and at Stephens and Christian Colleges in Columbia. From 1963 -1966, he ministered as pastor of St. Boniface parish in Brunswick, Missouri. From 1968-71, he taught theology classes at The Missouri School of Religion, St, Louis University and St. John’s University in Jamaica, New York. In 1972, Ed’s petition was granted, and he received a voluntary laicization by the Holy See.

On July 15, 1972, in University City, MO, Ed married Mary Ann Stoll. They had two children, Ann and John. They raised their family in Jefferson City. They were very involved members of St. Joseph Cathedral Parish where Ed served on the parish school board, the liturgy committee, and he was the Chairman of the parish Pro-Life Committee. Mary Ann passed away on June 30, 1999.

In retirement, Ed founded and spearheaded the development of Eagle Knoll Golf Club in Hartsburg, which opened in 1996 and received national recognition. In the summer of 2000, he served as a volunteer in Rome for the Jubilee Year of the Church.

On December 30, 2000, in Jefferson City, MO, he married Jewell Rae Oidtman Lichius. Together they traveled and pursued a retirement project of cultivating Vidal Blanc and Vignole grapes at their Collinetta Vineyard, producing some of Central Missouri’s finest wine.

In lieu of flowers, memorials are suggested to Renovation of Cathedral Undercroft at 2305 W. Main Street or to St. Mary’s Hospital Foundation at 2505 Mission Drive, both located in Jefferson City, MO 65109.

Dulle-Trimble Funeral Home is in charge of arrangements.
Those wishing to send condolences to the family may do so at the www.dulletrimble.com website.
To send flowers to the family in memory of Edward Lynn Bode, please visit our flower store.