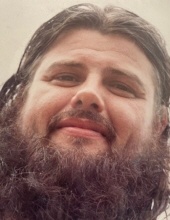 Edward Lee Branson, 67, of Jefferson City passed away peacefully at his home on Thursday, April 14, 2022 under the care of Compassus Hospice.

On April 28, 1954, Ed was born at home to Clarence Branson and the late Martha (Reynolds) Ousley. Ed had a passion for taking care of others. He had a big heart and would do anything for anyone in need. For years he took care of his mother, as well as many of his friends who needed his help. At times he could be a bit onery and gruff, but deep down he was a big softie. He enjoyed surprising others with flowers or candy or laughter with one of his many jokes. He had a great sense of humor. Ed loved spending time riding his Volkswagen Trike around Mid Missouri with his motorcycle buddies or traveling around in his van. He loved fishing, camping, canoeing and women. He touched the hearts of many people. If you knew Ed, you knew he loved his many dogs he raised over the years.

Celebration of Life will be held by Brother Sonny Meyer on April 30th 2022, 2:00pm-4:00pm at Bill Quigg Commons Park, 1121 Fourth St. North Jefferson City, (Old Cedar City). A Memorial Ride will be announced at a later date. Dulle-Trimble Funeral Home is assisting the family with arrangements.

Online condolences may be expressed at www.dulletrimble.com.

To send flowers to the family in memory of Edward Lee Branson, please visit our flower store.