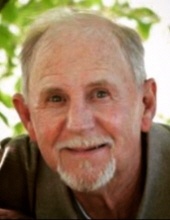 Eddie J. Grapes, 74, of Lohman, unexpectedly passed away on Monday, December 30, 2019, while surrounded by his family.

He graduated from William Chrisman High in Independence, MO on May 28, 1963 and was inducted into the United States Army in 1966.

On May 6, 1972, he was united in marriage at Mount Pleasant Christian Church, in Fayette, MO, to Helen (Werner) Grapes who survives at the home.

Eddie fought in the Vietnam War as a Field Wireman and Lineman. Among other awards, Eddie was awarded a certificate of achievement for “Outstanding and Meritorious Performance of Duty” following a Viet Cong attack. As a radio operator at the Tan Son Nhut Class III Yard, Camp Red Ball, Eddie, holding the only means of land communication, went without rest for 72 hours, relaying radio messages to higher headquarters for besieged Camp Red Ball. He received his honorable discharge on December 1, 1972, and a member of the American Legion, Rosco Enlo Post 5.

Following his military service, Eddie was employed with the Missouri Bricklayers and Allied Craftsman Local 15 for 40 years. Eddie started work in Kansas City, MO for Commercial Contractors, and upon moving to the Jefferson City area, he was employed with Dean Hathman Masonry, retiring in July of 2007.

Eddie enjoyed hunting, fishing and camping, boat riding with his daughter, attending car shows with his son-in-law and grandson, Black Friday shopping with his kids, playing cards, and spending time with his family and friends. Eddie loved his country and his Savior, and helped to instill those same beliefs in his grandson.

In addition to his wife of 47 years, Eddie is survived by: one daughter, Mindy Bess and her husband Nathan; one grandson, Corbyn Bess; his mother, Mildred (Tucker) Grapes; one brother, Ronald Grapes and his wife Gwen; along with numerous nieces, nephews, and cousins.

He was preceded in death by his father, Herman T. Grapes, and his father and mother-in-law, Harry and Hilda Werner.

Visitation will be held at 1:00 p.m. on Saturday, January 4, 2020 at Trinity Lutheran Church in Jefferson City.

A memorial service will immediately follow at 2:00 p.m. with Rev. Samuel Powell officiating.

Interment, with full military honors, will be conducted at Centertown Cemetery following the memorial service.

In lieu of flowers, memorials are suggested for the benefit of Corbyn Bess’s (grandson) future educational needs in care of his parents.

Those wishing to send condolences to the family may do so at the www.dulletrimble.com website.
To send flowers to the family in memory of Eddie J. Grapes, please visit our flower store.