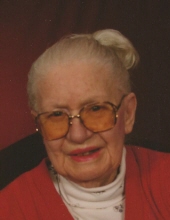 He was born July 11, 1924, in Monte Ray, California, the son of the late George Raymond and Everil Sedalia (Hutchinson) Kalfus.

He was a graduate of Carmel High School in Carmel, California in 1942; received a two-year degree following World War II from Pasadena City College; earned his Doctor of Dental Surgery (D.D.S.) in 1970, from Case-Western Reserve University in Cleveland, Ohio.

Dr. Kalfus worked with several dentists before becoming the Chief Dental Officer for the Missouri State Penitentiary for over 20 years.

He was a member of First Presbyterian Church.

He was preceded in death by his parents and his wife, Betty Kalfus.

Those wishing to email tributes or condolences to the family may do so at the www.dulletrimble.com website.
To send flowers to the family in memory of Dr. Raymond Noel Kalfus, please visit our flower store.