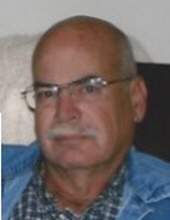 He was born May 3, 1953, in Jefferson City, the son of Dorsey Franklin and Rosemary (Glenn) Robertson.

He was a 1971 graduate of Russellville High School and attended the University of Missouri in Columbia.

Doug served in the United States Army with the 75th Infantry Rangers and the 395th Infantry 82nd Airborne from 1972-1978 achieving the rank of Sergeant. Doug received the Good Conduct Medal and the Meritorious Service Medal.

Doug worked as a mechanical engineer for Motion Industries in South Carolina and Ohio. He currently was employed with Industrial Sealing and Lubrication in Brainerd, Minnesota.

He was baptized & attended Mt. Olive Baptist Church. He enjoyed cooking, canning, gardening, woodworking, and hunting. Doug’s neighborhood was very important to him. He went out of his way to clear his neighbor’s driveways with his snowblower, make homemade ice cream for the neighborhood children and was a mentor to many of them. He achieved much pleasure doing yard work and his yard became the envy of the neighbors.

He was preceded in death by his father, Dorsey Robertson.

Burial with military honors will be at Enloe Cemetery.

Those wishing to send condolences to the family may do so at the www.scrivnermorrowrussellville.com website.
To send flowers to the family in memory of Douglas Glenn Robertson, please visit our flower store.