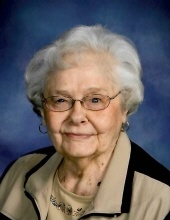 Dorothy Patricia was born May 3, 1925, the daughter of Elgin and June Botts in Meadville, Missouri, on the family farm.

She attended school until the eighth grade at the Botts School (one room school house), then attended and graduated from Meadville High School in 1943. She was a member of the Botts Beavers 4-H Club from 1937-1943.

Dorothy was baptized at an early age and was a member of the Church of Christ in rural Meadville and Columbia all her life.

Upon graduation she attended the Kansas City General Hospital School of Nursing in Kansas City, Missouri from 1943-1946. She achieved her nursing degree and was a Registered Nurse until 1989. She worked at the University of Missouri Student Health Center, the Ellis Fischel Cancer Hospital, Stephens College Health Center and for the Columbia Public School District.

She married Francis Lee Hagan on September 9th, 1948 at the Christian Church in Columbia, Missouri. He preceded her in death on March 30th, 1998.

Dorothy not only spent time taking care of others, she also enjoyed traveling across the United States and even traveled to Europe and Israel.

A family graveside service will be held at 2 p.m. Sunday, November 15, 2020, at Columbia Cemetery.

In lieu of flowers, memorials are suggested to Columbia Cemetery or Botts Cemetery (Meadville, Missouri).

Those wishing to send condolences to the family may do so at the www.dulletrimble.com website.
To send flowers to the family in memory of Dorothy Patricia Hagan, please visit our flower store.