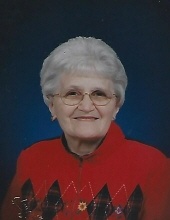 She was born July 29, 1927, in Jefferson City, the daughter of the late Paul Lawrence and Alma Marie (Schrimpf) Neutzler.

Dorothy was an 8th grade graduate of St. Stanislaus Grade School in Wardsville.

Dorothy was a homemaker and worked for St. Mary’s Health Center in the Dietary Department for 25 years.

She was preceded in death by her parents; and her husband, Leroy Wegman.

Mass of Christian Burial will be 11 a.m. Wednesday, at the Cathedral of St. Joseph with the Rev. Msgr. Robert A. Kurwicki officiating.

Memorials are suggested to the School Sisters of Notre Dame, or to the Cathedral of St. Joseph.

Those wishing to email tributes or condolences to the family may do so at the www.dulletrimble.com website.
To send flowers to the family in memory of Dorothy Marie Wegman, please visit our flower store.