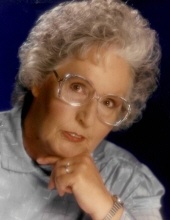 She was born May 12, 1932, in Birmingham, Alabama, the daughter of John Goodrich and Mamie Bea (Miller) Davis.

A homemaker, Dorothy attended the Baptist Church throughout her life.

An avid Nascar fan, she enjoyed spending time with her family, especially when they took weekend road trips.

She was preceded in death by her parents; a son, Thomas F. Morrison; two brothers, Harold Davis and Jay Davis; two sisters, Winnie Davis and Bea Davis; and a companion, Farrell “Sonny” Brooks.

A private family celebration of life will be held at a later date.

Dulle-Trimble Funeral Home is in charge of Dorothy’s arrangements.

Those wishing to send condolences to the family may do so at the www.dulletrimble.com website.
To send flowers to the family in memory of Dorothy Jean Davis, please visit our flower store.