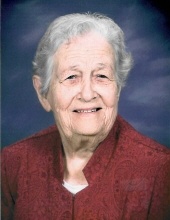 Dorothy Alma Scheidt, 93, of California, Missouri, passed away on November 13, 2019, at her residence.

She was born November 14, 1925, in California, Missouri, the daughter of Peter and Alma (Fischer) Bestgen.

Dorothy was a 1943 graduate of California High School in California, Missouri. She worked as a bookkeeper at Co-Mo Electric and California Woolen Mill prior to her marriage to Tony. Following her marriage, Dorothy became a loving homemaker to her husband and children.

She was a member of Annunciation Catholic Church in California where she served on the cemetery committee. She also was a member of the VFW Auxiliary and volunteered for Meals On Wheels. Dorothy served on the Moniteau County Fair Board and was caretaker of the Art Hall during the fair. She enjoyed embroidery and working on cross-word puzzles.

She was preceded in death by her parents; her husband Tony; one son, Richard Scheidt; five brothers, Edward, Harold, Fr. Jerome, Robert, and Frederick Bestgen; one sister, Mary Louise Bestgen; and her father-in-law and mother-in-law, Frank and Elizabeth Scheidt.

Memorials are suggested to the Annunciation Catholic Cemetery or to American Cancer Society Relay for Life of Moniteau County.

Those wishing to email tributes or condolences to the family may do so at the www.dulletrimble.com website.
To send flowers to the family in memory of Dorothy Alma Scheidt, please visit our flower store.