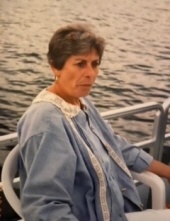 Doris Ann Rauschelbach, 81, of Kansas City, formerly of Jefferson City, departed this life peacefully in the home of her son and daughter-in-law on January 27, 2020 in Kansas City, Missouri.

Doris had excellent nursing, management, and organizational skills. As Head Nurse, she opened the Intensive Care Unit and was later Director of Admissions at Prince George’s County Hospital in Landover, Maryland. After a move to Kansas City, Missouri, she was head of the recovery room at the Surgi-Center of Kansas City.

An avid sports fan, she enjoyed cheering the Kansas City Chiefs, Kansas City Royals, and the Rockhurst Hawklets to victory. She loved gardening, spending time with her grandchildren, and volunteering at Redemptorist Roman Catholic Church. In addition, she was an active member of St. Mary’s School of Nursing Alumnae Association and planned many of their reunions. Doris was a faithful and loving mother and grandmother.

She is preceded in death by her brother Larry Dulle, her mother Esther Dulle, and her father Sylvester "Bus" Dulle.

Mass of Christian Burial will be 10 a.m. Friday at the Cathedral of St. Joseph with the Rev. Louis Nelen officiating.

Burial will follow at Resurrection Cemetery where she will be laid to rest next her parents and brother.

Lastly, the family would like to thank Dave and Bobbie Forsythe for their tremendous commit the last 3 month, Heartland Hospice-YOU ARE THE BEST and Kingswood Senior Living for all they did for our mother the last 4 years.

Those wishing to send condolences to the family may do so at the www.dulletrimble.com website.
To send flowers to the family in memory of Doris Ann Rauschelbach, please visit our flower store.