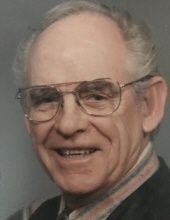 Donald Washburn Varney, 87 of Holts Summit passed away on Wednesday, October 2nd, 2019 at the Missouri Veteran’s Home in Mexico, where he had resided since his stroke in 2015.

Don was born on December 16, 1931 in Great Falls, Montana, the eldest of 7 children. He was preceded in death by his parents John (Jack) Leon Varney, and Floreta Fitzhugh Varney Baluka, 3 of his siblings; Marjorie Wilson, William Baluka, Thomas Lee Baluka, and 2 half brothers, Sherwood Reid Varney, and Gayle Leon Varney,

Two sisters, Joyce Wokich, Lillian Chirico, and one brother, Dan Baluka, as well as 16 adoring nieces and nephews survive, most of whom reside in Montana and Oregon.

On August 19th, 1954 he married a fellow Navy recruit, Maxine D. Stams in Jacksonville, Florida. Together they had Laureen MacKay, Teresa Martin and Michael (Cindy) Varney, and they have given them Brittany MacKay, Crystal Varney, Brandon Varney, Vance Varney, Morgan Martin and Austin Martin. To date there are 7 great-granddaughters and 4 great-grandsons. Maxine passed away in 1996.

Surviving in the home is his devoted wife of 40 years, Faye Irene Glasford Varney. Her daughter, Donna (Joseph) Corrado has Jason (Charlotte) Corrado, Jaime (Matthew) Jackson, Meredith Hume, Melissa Corrado and Matthew (Danielle) Corrado and 11 great-grandchildren, most of whom live in Missouri.

Don attended Great Falls High School, but quit to join the Navy in the early 1950’s. Later he transferred to the Air Force and was stationed in Panama City, Florida, then Selma, Alabama. After a 3 week road trip on the new Alcan highway, they were moved to Anchorage Alaska, where the family survived the devastation of the tidal wave and earthquake! A stint in Greenland, and one in Okinawa, then back in the lower 48, Don went from Oklahoma to Knob Noster, Missouri, where he received his honorable discharge in 1971.

Soon after, Mr. Varney began classes at Central Missouri State University and earned his B.S. Degree in Animal Husbandry and Soil Conservation, then, in 1976 he graduated with his Master of Science alongside daughter Laureen!

An instructor at State Fair Community College, and a Volunteer firefighter, as well as a member of the Knights of Columbus, Don tackled work and volunteerism with equal enthusiasm.

When he moved to Jefferson City, in 1978, he worked for the Department of Transportation and Energy for the State of Missouri from which he retired in 1984 and began volunteering at the VA Hospital in Columbia. He and Faye (his wife) continued there for 25 years when they were not traveling in the RV to Montana in the summers and Dauphin Island in the winters and numerous other places in between for fun and family and fishing!

All of his life Don loved the outdoors, a diehard cowboy and angler whose passion for horses started at an early age in Montana. As a young man he raced motorcycles and midget cars and snow mobiles, later he was a horse breeder and trainer.

But his biggest gift was TALKING and listening. Ask anyone who knew him He always wanted to hear “your story”. Don knew no strangers and could talk to anyone and everyone. He was a great storyteller and an excellent teacher of LIFE. He was a great dresser (always had a great hat) and dancer and really enjoyed listening to music. Reading was also one of his passions and tinkering with his projects. He cared for his friends and family with deep devotion and sensitivity. He rarely missed church, and his quick wit and laughter put everyone at ease.

Don was a hardworking, kind and considerate, loving son, father, grandfather, husband and friend. We are all very blessed to have had him enrich our lives. He was a man of great integrity and honor, loved by many who will miss him terribly.

Please join us in celebrating this great man’s life on Wednesday October 9th, at St. Andrew Catholic Church in Holts Summit, MO. Visitation will be from 9-11 a.m. followed by Mass of Christian Burial at 11 a.m. celebrated by Monsignor Greg Higley.

Memorials may be made to St. Andrew Catholic Church or to the Missouri Veteran’s Home.

Those wishing to send condolences to the family may do so at the www.dulletrimble.com website.
To send flowers to the family in memory of Donald Washburn Varney, please visit our flower store.