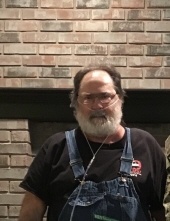 He was born June 7, 1958, in California, Missouri, the son of the late Robert Lewis and Jean Ellen (Marriott) Garnett.

Joe was a graduate of Jefferson City High School.

Joe specialized in concrete finishing working for several area construction companies. He was a long-time member of Centertown Baptist Church. He enjoyed listening to music and spending time with his family and friends especially his grandchildren.

He was preceded in death by his parents; and a brother, Danny Garnett.

A private celebration of life will be held at a late time.

Memorials are suggested to Hospice Compassus.

Those wishing to send condolences to the family may do so at the www.scrivnermorrowrussellville.com website.
To send flowers to the family in memory of Donald Joseph Garnett, please visit our flower store.