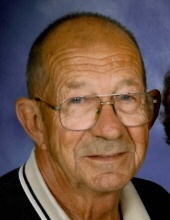 Donald Joseph Bernskoetter, 77, of Taos, passed away Wednesday, November 27, 2019, at his residence.

He was born January 7, 1942, in Taos, Missouri, the son of the late Leo Henry and Eleonora (Rackers) Bernskoetter.

He was a 1960 graduate of Fatima High School in Westphalia, Missouri.

Don served in the United States Army Reserves from May of 1960 to January of 1964.

He was united in marriage on October 17, 1964, in Osage Bend to Georgene Mary Bisges who survives at the home.

He was a member of St. Francis Xavier Catholic Church in Taos where he served as an usher, was on the parish council and a member of the Taos Knights of Columbus. Don was also a member of the Home Builders Association. He enjoyed hunting, golfing, fishing, going to the casino, grilling for his family, and watching the St. Louis Cardinals. Most of all, Don enjoyed spending time with his family and friends and riding his Can-Am to check the cows.

He was preceded in death by his parents; an infant son, Joseph Leo Bernskoetter; one granddaughter, Landry Bernskoetter; two sisters, Lucy Ann Hudspeth, Lorine Kempker; and one brother, Wilfrid Bernskoetter.

Those wishing to email tributes or condolences to the family may do so at the www.dulletrimble.com website.
To send flowers to the family in memory of Donald Joseph Bernskoetter, please visit our flower store.