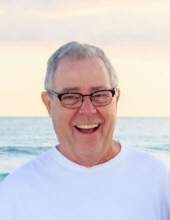 Donald Henry Forck, 82, of Jefferson City, passed away Friday, December 31, 2021, at his home surrounded by his family.

He was born June 5, 1939, in Jefferson City, the son of Otto and Mildred (McDowell) Forck (deceased).

He was a 1957 graduate of Helias High School and received his business degree with a major in accounting from Lincoln University.

Don served his country in the United States Army Reserves from December 1, 1957 until November 19, 1965.

He was united in marriage on September 11, 1965, in Jefferson City to Dolores Faye Meyer who survives at the home.

Don worked for the State of Missouri Office of Administration, data processing, retiring after 32 years of service.

He was a member of Immaculate Conception Catholic Church Jefferson City, Missouri.

He was preceded in death by his brother, Thomas Forck; step-mother, Leona Eveler Forck; step-sisters, Sr.Geraldine Eveler and Billye Olson.

Memorials are suggested to the Salvation Army, Birthright, or Immaculate Conception Catholic Church.

Those wishing to send condolences to the family may do so at the www.dulletrimble.com website.
To send flowers to the family in memory of Donald Henry Forck, please visit our flower store.