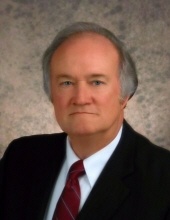 He was born January 26, 1948, in Hermann, Missouri, the son of Harvey William and Mabel Kay (Langenberg) Broeker.

David was a graduate of Linn High School and received his Bachelor of Science Degree from the University of Central Missouri with a double major in Political Science and Criminal Justice Administration.

He was united in marriage on November 23, 1985, at Central United Church of Christ in Jefferson City to Doris Ann Modelski who survives at the home.

David worked most of his career in the political field. He worked as a Campaign Manager and Coordinator several times, was a Government Transition Officer, Deputy Commissioner for the Missouri Department of Agriculture, Assistant to Governor Kit Bond, Senior Vice President of Preferred Dental Health Plans of Missouri, Assistant to State Auditors Kit Bond, Jim Antonio and Margaret Kelly, and former Director of the Missouri Division of Professional Registration under Governor Matt Blunt. Following his retirement from politics, he owned and operated DB Distribution Company and was the State Director of License Offices for Alternative Opportunities.

Those wishing to send condolences to the family may do so at the www.dulletrimble.com website.
To send flowers to the family in memory of David Terry Broeker, please visit our flower store.