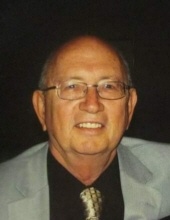 Daniel was a 1966 graduate of Glasgow High School.

Daniel spent most of his adult life as a teacher. He graduated from Concordia Teachers College in Seward, Nebraska in June 1970. He received a master’s degree in Reading Education from the University of Missouri, Kansas City in 1975.

He spent 20 years teaching in parochial schools in Missouri, Louisiana, and New York state. He worked for many years as an Academic Teacher III for the Department of Correction for the State of Missouri. He served as a life skills teacher at Central Missouri Correctional Center and Algoa Correctional Center for 20 years.

Dan’s hobbies included fishing and reading. He loved spending time with his family and friends. He was a faithful to his mother, making sure he visited her weekly in Glasgow or talking to her on the phone. Dan loved messing with his iPhone and playing games. He had a big heart for his dogs and cats. Dan had a green thumb and loved growing all kinds of veggies, harvesting pecans from his family farm and decorating for fall.

He was preceded in death by his parents and one stepdaughter, Shawna Buser.

To send flowers to the family in memory of Daniel Lee Kottman, please visit our flower store.