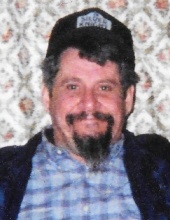 He was born on July 27, 1954, in Jefferson City, Missouri and was the son of the late Louis and Venita (Kiesling) Kramp.

A lifelong resident of the central Missouri area, Dale graduated from Jefferson City High School in 1972.

He served in the Army National Guard for 6 years.

Dale was employed as a truck driver Pepsi for many years. Lastly, he was employed with Roadway Trucking until his retirement; this was always a dream of his to drive an 18-wheeler since he was a young boy.

He was an avid NASCAR fan and never missed watching a race on TV. He enjoyed loading his RV with friends to travel and camp at many of the races. He loved to tease and always enjoyed a good laugh with family and friends!

He was preceded in death by his parents and his grandparents.

Visitation will be 4-5 p.m. Friday, November 16, 2018, at Dulle-Trimble Funeral Home with a Service of Remembrance at 5 p.m. Those attending are encouraged to share stories of Dale.

Memorials are suggested to the charity of the donor's choice.

Those wishing to send condolences to the family may do so at the www.dulletrimble.com website.
To send flowers to the family in memory of Dale E. Kramp, please visit our flower store.