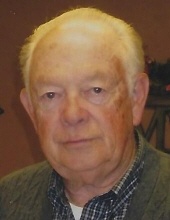 Cletus served his country in the United States Army.

He worked as a carpenter foreman with JC Industries and later with Thoenen's/Action Realty doing carpentry work and maintenance.

He was a member of the Knights of Columbus and American Legion.

He was preceded in death by his parents, a great-grandchild, and a brother-in-law, Lynn McKee.

Dulle-Trimble Funeral Home, Jefferson City is in charge of arrangements.

Those wishing to email tributes or condolences to the family may do so at the www.dulletrimble.com website.
To send flowers to the family in memory of Cletus John Scheulen, please visit our flower store.