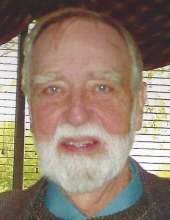 He was born May 27, 1932, in Boone County, Missouri, the son of the late Claude Ellis and Betty Jane (Northway) Davidson.

Gar was a 1951 graduate of Jefferson City High School.

He served in the United States Army during the Korean Conflict.

He worked for over 30 years with the Missouri Highway Department. He spent his most enjoyable years of retirement working with his beloved nephew, Cody, at Davidson Construction.

Gar was a charter member of the Bootheel Hunting and Cut Bait Society. He enjoyed crappie fishing, pheasant and quail hunting, and going on family trips. His family will remember how Gar would always have a song, a poem, a joke, and a story ready to share with anyone.

He was preceded in death by his parents; and a brother, Roger Davidson.

A private graveside service with military honors will be held at a later date.

In lieu of flowers, memorials are suggested to Mt. Pleasant Cemetery or to Central Missouri Honor Flight.

Those wishing to email tributes or condolences to the family may do so at the www.dulletrimble.com website.
To send flowers to the family in memory of Claude Gary Davidson, please visit our flower store.