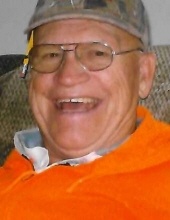 On December 30, 1935, a cold wintery night in rural North English, Iowa, Joe and Mae Westfall brought a baby boy into this world. They named him Clarence Lee Westfall, but he has always gone by Lee.

Lee grew up on the farm along with four younger brothers and sisters, Larry, Harley, Helen and Connie. They all learned the value of hard, honest work along with the happiness and fun that comes from being part of a larger fun-loving Westfall family.

Lee loved music. His soft tenor voice was part of all the music groups available in North English High School. Lee also played the trombone in the high school band. His favorite song was John Phillip Sousa’s march, “Stars and Stripes Forever”. He said he just pretended to play his trombone during that song, because he wanted to hear it better!

North English High was a small school, probably less than 150 students. When in assembly Lee would often stand at the huge dictionary that was located near some south facing windows. Secretly he wasn’t studying; he was watching the elementary kids on the playground below!

And it was at this window that Lee was noticed by a senior classmate, Jeralee Humphreys. They also attended the Methodist Youth Fellowship together. On November 25, 1953, Lee and Jeralee had their first date at a skating party with this group.

They continued dating once a week on Saturday nights, generally by attending the movie theater in North English with a cherry coke after at the local Harris Café. As the school year drew to a close, Lee and Jeralee (nicknamed Jeri by Lee’s Dad) knew they wanted to spend the rest of their lives together. So, even though an uncle said they were too young to be married, Jeralee Humphreys became Mrs. Lee Westfall on July 3, 1954, and began the most wonderful 66 plus years that ever could be.

The first three years of marriage brought into the family three babies, Mike, Jim and Cathy. This small family grew up together. When Mike was old enough for Cub Scouts, Lee became involved as Assistant Cub Master; Jim followed the next year. Next was the Boy Scouts and Lee was Assistant Scout Master. When it became Explorer time, Lee had an Explorer troop that met in the basement of his home. Even though Lee did not like to camp, he did accompany Mike and Jim on some camp outs.

Lee began work at the Amana Refrigeration plant in Middle Amana, Iowa, the day before he graduated from high school. Throughout his working years, Lee had several jobs, but the one he liked the most was the last one. He spent 14 years as head custodian at the English Valleys High School where he was a friend of every student and every staff member. He retired only because he developed heart disease with a triple bypass.

In July of 1999, Lee and Jeri sold their North English home and moved to Jefferson City, Missouri, so Cathy, a nurse practitioner at JCMG Internal Medicine, could care for her Dad. A totally new way of life, Lee and Jeri learned to square dance and met four of the best friends they ever had. Now they lived close to their two oldest grandchildren. They became members of the First United Methodist Church and learned how worshipping in a big church compared to the tiny North English United Methodist Church where Lee had been a trustee and active in planning “church suppers” as church fundraisers.

Then at the urging of friends, Lee and Jeri began a new tradition. They wintered in Arizona. The first winter for two months and the second winter for two and a half months all the time with Lee arguing after putting his pencil to the paper that he’d never purchase a park home because ‘we couldn’t afford it’. Before they left in the spring of 2005, a home on South 13th in Mesa Regal Resort became theirs. After fifteen winters and many, many friends from all over these United States and provinces in Canada, they had to sell because of Lee’s failing health.

While spending the winters in Arizona Lee joined the wood shop and learned to use the turning lathe. He made hundreds of bowls, plates and trays. The patterns and the use of different woods were strictly Lee’s creations. When neighbors across the street in Jefferson City built a new house, he hunted around through a pile of scrap building wood and came up with several boards. Lee turned them a pine bowl to remind them that a simple wood can build a strong house.

The Green Bay Packers had no bigger fan than Lee Westfall! One of the highlights of his life was a 2012 trip to Green Bay, Wisconsin! He attended a pre-season game, visited Lambeau Field, spent lots of time in the Packer Museum, gazed at the Super Bowl rings, ate lunch at Curley’s Pub and even found his brick in the walk! After the trip Lee confided to Jeri, “I never, never thought I’d be able to get to Packer Land!”

Lee’s love of music never faltered. His favorite was country music and favorite station was Willie’s Roadhouse on Sirius XM. The radio was on from get-up in the morning almost until go-to-bed at night. He sang along with most of the music. Besides country, Lee liked gospel music and songs from the Methodist Hymnal; his all time favorite being “The Old Rugged Cross”. Sometimes when he was napping, his fingers or his foot were tapping to the rhythm. In his last days on this earth, he still tapped in rhythm to the music when he was sleeping.

Lee passed on November 10, 2020, at his home in Jefferson City, with Jeri, Keith and Cathy, holding his hands; and our beloved pup, Ayla, with her paws on his arm and her chin on his chest. He is remembered for his great laugh and wide open smile by Jeri, sons, Mike and Maria Westfall of Woodbury, MN, Jim and Vickie Westfall of DeSoto, IA, and daughter Cathy and Keith Schafer of Jefferson City, MO, and an “adopted daughter”, Nancy Bennett and her partner, Mike Ritter, of Woodbury, MN. There are eight grandchildren scattered from coast to coast and then some: Lance Schafer and Srirupa Chatterjee, Heather Schafer, William Romine and Tanvi Banerjee, Jerod Romine and Naomi Gebo, Sara and Mike Boudreau, James A. Westfall, Katie and Kris Thompson, and Eric Westfall. And we can’t forget a joy in his life - the great grandchildren; Laura Schafer, Sammi Boudreau, Bodhi Schafer, and Arjun Romine. Lee’s one remaining aunt is Naomi Morrison in Iowa; brother Harley and Karen Westfall; sisters Helen and Ron Popham and Connie and Steve Esser all in Iowa. The Westfalls are a large family and Lee leaves many cousins, nieces and nephews to remember him. And we can’t forget our family pets, Ayla and Callie Kitty, who both knew “Grandpa” as a pushover for treats.

A Celebration of Life service will be held on Saturday, November 21 at 1:30 p.m. in the First United Methodist Church. Attendees are asked to wear masks and practice social distancing. The service will be live streamed at: jcfumc.org (on the church page click on live stream) for those unable to attend. There will be a sweet treats reception following the service with a time for visiting.

Those wishing to send condolences to the family may do so at the www.dulletrimble.com website.
To send flowers to the family in memory of Clarence Lee Westfall, please visit our flower store.