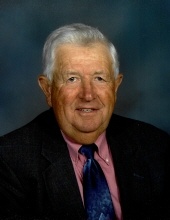 He was born September 29, 1931, in Rich Fountain, Missouri, the son of the late John and Caroline (Boehm) Haller.

Clarence served in the United States Army during the Korean Conflict.

Clarence worked as a plumber for various companies in the area for over 38 years. He was well-known in the community for his strong work ethic and attention to detail.

He was a member of St. Francis Xavier Catholic Church in Taos and served as a volunteer for church activities. Following retirement, he enjoyed helping his son of the farm and going fishing.

Funeral service will be 2 p.m. Wednesday at Dulle-Trimble Funeral Home with the Rev. Michael Penn officiating. The service will be live streamed for those who wish to watch from home. The link can be found on Clarence’s obituary page under Tribute Wall at www.dulletrimble.com.

Memorials are suggested to St. Jude Children’s Research Hospital or to the Central Missouri Honor Flight.

Those wishing to send condolences to the family may do so at the www.dulletrimble.com website.
To send flowers to the family in memory of Clarence Henry Haller, please visit our flower store.