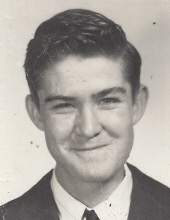 Charles worked in the nursing field for many years.

Private services will be held at a later time.

Those wishing to send condolences to the family may do so at the www.dulletrimble.com website.
To send flowers to the family in memory of Charles David Cavins, please visit our flower store.