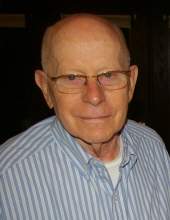 He was born September 29, 1934 in Charleston, SC the son of the late Charles Ridgway Sr. and Letha Knight Ridgway. Charles grew up in Charleston and graduated from Chicora High School. He then joined the U.S. Navy where he served his country with courage, distinction and honor for eight years. Charles served as a Fire Control Technician during the Korean War. After the military he worked at the Charleston Naval Shipyard as an Electronics Mechanic for twenty nine years.

He is survived by his wife, Mildred Hardee Gilmore Ridgway of Jefferson City, two daughters, Dolly (Alan) Christensen of Jefferson City, Robin (Jeff) Roberts of Wentzville, two sons, David (Lisa) Gilmore and Miles (Karen) Gilmore both of Charleston, fifteen grandchildren, eighteen great grandchildren and one brother, Merrill Ridgway of Charleston. He was preceded in death by a brother, Richard and sister, Hazel Cone.

Visitation will be Monday, January 31, 2022 from 2:00 p.m. until 3:00 p.m. at the Dulle-Trimble Funeral Home, Jefferson City with funeral services beginning at 3:00 p.m. Officiating will be Isaac Williams.

Those wishing to send condolences may do so at www.dulletrimble.com.
To send flowers to the family in memory of Charles Armstrong Ridgway Jr., please visit our flower store.