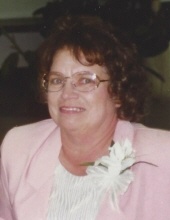 Catherine Agnes Bruemmer, age 85, of Jefferson City, went to be with the Lord on September 28, 2018.

Catherine was born on July 23, 1933, in Osage Bend, Missouri, to the late Aloysius Frank “Louis” and Catherine Marie (Suthoff) Hoelscher.

Catherine was united in marriage on April 16, 1955, at St. Margaret’s Church, Osage Bend, Missouri, to Herb Bruemmer, who preceded her in death on January 24, 2018.

She spent most of her life as a homemaker helping raise eight children. Above all, Catherine was a nurturing and loving mother who loved her family unconditionally.

Catherine was an active member of Immaculate Conception Parish where she was a member of the Immaculata Club, St. Ann’s Sodality, and Immaculate Conception Quilting. She spent several years managing the cafeteria for the parish school and enjoyed serving the children lunch and seeing their smiling faces as they came through the cafeteria, especially her grandchildren. Early on, Catherine also worked for Tweedie Shoe Factory.

Catherine enjoyed playing her piano, quilting, gardening, and cooking for family and friends. She was well known for her homemade cinnamon rolls at school and at home. They were always a “must have” at Easter. Her delicious home-cooked meals made for memorable family times.

Catherine had a love for sewing, whether it be something new or something just needed mending, she would always have the know-how. Her knack for quilting was remarkable, designing and making quilts for all her children when they married, baby quilts for grandkids, or just because. She was also a fan of the St. Louis Cardinals. Although Catherine did not go to high school, she was determined to receive her GED – an accomplishment she was very proud of, all the while being a wife and mother.

She was preceded in death by her husband, parents, an infant daughter, Jane Ann; brother and sister-in-law, Clarence and Mildred Hoelscher, brother-in-law, Clarence Veit, one sister, Sister Rose Virginia Hoelscher, and two infant brothers, Bernard Hoelscher and Andrew Hoelscher. Catherine was preceded in death on Herbert’s side by his brothers and sisters-in-law, Victor (Marian)(Monica) Bruemmer, and Leonard (Mildred) Bruemmer; brother-in-law, Anthony Schulte, and infants Leroy Bruemmer and Bernard Bruemmer.

Mass of Christian Burial will be at 1:30 p.m. Tuesday, October 2, 2018, at Immaculate Conception Catholic Church in Jefferson City, with Rev. Don Antweiler officiating.

Those wishing to email tributes or condolences to the family may do so at the www.dulletrimble.com website.
To send flowers to the family in memory of Catherine Agnes Bruemmer, please visit our flower store.