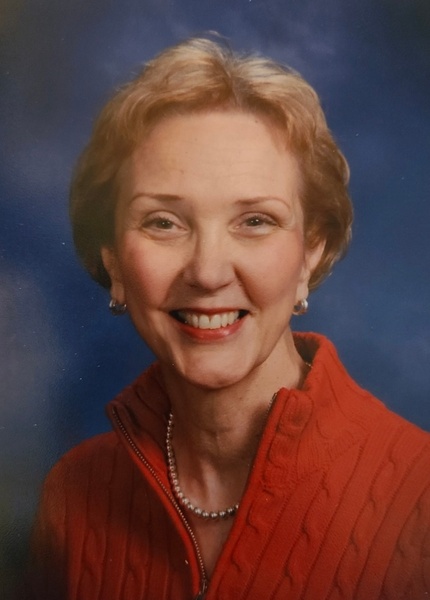 Carolyn Schepker, 73, of Jefferson City, passed onto her Heavenly rewards on Friday, July 29, 2022.

She was born on October 30, 1948, in Jefferson City, the daughter of the late Robert and Jeanne Hackman.

Carolyn was a 1966 graduate of Helias High School. As a freshman she met her high school sweetheart, Larry, and after being married on June 17, 1967, at the Cathedral of St. Joseph, they shared fifty-five wonderful years together.

As a young woman, Carolyn worked from 1967 to 1969 at the Missouri Department of Health. Once she was married, her goal was to be a homemaker and she was thoroughly involved in every aspect of her childrens’ lives from being a Girl Scout leader to a homeroom mother.

She was a member of the Cathedral of St. Joseph and was a faithful volunteer on their prayer line. Carolyn led her life by being an example of someone who always puts her family first, exhibiting unconditional love for her husband, children, and grandchildren.

Family vacations included trips to Myrtle Beach and annual Christmas weekends in Kansas City, where they enjoyed the Crown Center Christmas tree, ice skating, and visiting Santa. She always brought along her delicious candy cane Christmas cookies for everyone to enjoy. Christmas was by far her favorite holiday, and each ornament on the family tree came with a story.

Her most cherished time was spent as ‘Mimi’ to her four grandchildren. She helped raise Ryan and Jacob, attending each and everyone of their school and sporting events. Moreover, Jackson and Lillian will never forget baking chocolate chip cookies and eating what was left of the dough, followed by bedtime stories and snuggles.

Carolyn and Larry enjoyed many things together, especially watching the St. Louis Cardinals, Central Dairy date nights, and sharing traditions with their family.

She was preceded in death by her parents, Robert and Jeanne Hackman.

Mass of Christian Burial will be 10:30 a.m. Wednesday, August 3, 2022, at St. Peter Catholic Church with the Rev. Stephen Jones officiating. Carolyn will then be laid to rest in Resurrection Catholic Cemetery.

In lieu of flowers, memorials are suggested to the Jefferson City Heart Ball, American Heart Association, P.O. Box 411364, St. Louis, Missouri 63141 or a charity of the donor’s choice.

To send flowers to the family in memory of Carolyn Schepker, please visit our flower store.