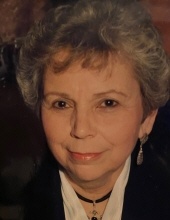 She was born September 4, 1928, in Ottumwa, Iowa, the daughter of the late Raymond and Veda (Connell) Rusch.

She was united in marriage on October 9, 1949, in Ottumwa, Iowa to Curtis Kenneth Cochell who preceded her in death on October 16, 1977.

Betty worked for Employment Security as a Clerk retiring in 1996.

She was an active member of Grace Episcopal Church and a member of the Directress of Altar Guild in 1983. She was a member of Beta Sigma Phi Master Chapter, Capital Region Hospital Auxiliary, and the American Legion Auxiliary. In her earlier years, she was a member of the Newcomer, X Club, Daughters of American Revolution, and several bridge groups on Tuesdays. She enjoyed Bingo and eating out for lunches.

She was preceded in death by her parents; her husband; and an infant daughter, Tamara Cochell.

A memorial service will be held 1 p.m. Friday, October 30, 2020, at Dulle-Trimble Funeral Home with Rev. Bill Nesbit officiating. The general public is welcome to attend services while following social distancing guidelines. Facial coverings are encouraged while in attendance.

Those wishing to send condolences to the family may do so at the www.dulletrimble.com website.
To send flowers to the family in memory of Betty Rae Cochell, please visit our flower store.