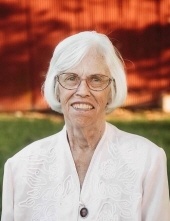 Betty Jo Doerhoff, 81, of Taos, passed away Monday, January 13, 2020, at Jefferson City Manor Care Center with her sons by her side.

She was born July 17, 1938, in Jefferson City, the daughter of the late Michael Carl and Josephine Ester (Coleman) Porting.

She was a graduate of the last class at St. Peter High School.

On November 16, 1957, in Jefferson City, she was united in marriage to Norbert Fredrich Doerhoff who preceded her in death on April 7, 2008.

She was a member of St. Francis of Xavier Catholic Church in Taos. Betty enjoyed cattle farming with her husband and sons, messing in the garden, and spending time with her family and her beloved dog, Sassy.

She was preceded in death by her parents; her husband; and a brother Carl Porting.

Visitation will be 5-7 p.m. Wednesday, January 15, 2020, at Dulle-Trimble Funeral Home in Jefferson City with a prayer service at 4:30 p.m. Additional visitation will be 9-10 a.m. Thursday at the church.

Mass of Christian Burial will be 10 a.m. Thursday at St. Francis Xavier Catholic Church in Taos with the Rev. Michael Penn officiating.

Memorials are suggested to Hospice Compassus or to St. Francis Xavier Catholic Cemetery.

Those wishing to send condolences to the family may do so at the www.dulletrimble.com website.
To send flowers to the family in memory of Betty Jo Doerhoff, please visit our flower store.