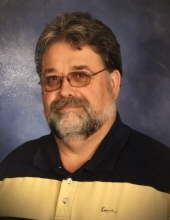 He was born January 13, 1953, in Jefferson City, the son of Lester Rathel and Mary Ann (Dudenhoefer) Boillot.

Ben was a 1971 graduate of Linn High School.

He was united in marriage on April 9, 1983, in Jefferson City at St. Peter Catholic Church to Diana Marie Williams who resides at the home.

Ben worked his career with the Missouri Department of Conservation, for thirty-five years as a survey crew supervisor, retiring on September 1, 2007. During his retirement he enjoyed working at Menards.

He was a member of Immaculate Conception Catholic Church, and the Fraternal Order of Eagles, Aerie 2693.

Ben was an avid Jack Daniels Collector, relishing his biyearly visits to Lynchburg, Tennessee to their distillery. He enjoyed deer hunting, target shooting with his brother, Vincent, and Friday night bingo at the DAV. His best times were with his family and taking care of his mother, especially when they went to Sunday morning breakfast.

He was preceded in death by his father, and a brother-in-law, Brian “Kip” Williams.

Memorials are suggested to Immaculate Conception Catholic Church or to Disabled American Veterans.

The general public is welcome to attend the services while following social distancing guidelines. Please stay 6 feet apart and avoid close contact. Disposable masks will be provided by Dulle-Trimble Funeral Home if needed.

Those wishing to send condolences to the family may do so at the www.dulletrimble.com website.
To send flowers to the family in memory of Bernard Paul "Ben" Boillot, please visit our flower store.