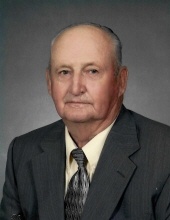 Bernard went to St. Martin Catholic School through the eighth grade and then worked on the family farm and in construction. Bernard served in the United States Marine Corps during the Korean War.

He was united in marriage on May 21, 1955, at St. Stanislaus Catholic Church in Wardsville to Gladys Ann Buschjost who survives at the home. They celebrated their 65 wedding anniversary this past May.

Bernard worked for Robert Livingston Construction, Viet and Hoelscher Construction, and for the Missouri Department of Transportation in California in the maintenance division for 21 years. Following retirement from MODOT, he worked for Distler Irrigation for several years.

He was a member of St. Martin Catholic Church and the Fraternal Order of Eagle’s. He was a Boy Scout Leader, Lions Club Member, and played fiddle and guitar in his younger days. He enjoyed gardening, especially his strawberry patch. He was very generous with his bounty and there were many recipients of his tomatoes and strawberries. He enjoyed watching football. He also enjoyed his grandchildren and great grandchildren.

Bernard was a devout Catholic and only missed Sunday mass in the last few years during extreme icy conditions. As his health declined and due to the Covid pandemic he was unable to attend church Sunday mass which he dearly missed. He looked forward each week to Wednesday afternoons when he would receive Holy Communion. The family owes a sincere gratitude to “the preacher” as he referred to her, who would administer communion to him each week.

He was preceded in death by his parents; one daughter, Wanda Lehman, one sister, Margie Schulte; and three brothers, Edward, Sylvester, and Charlie Lehman.

Mass of Christian Burial will be 10 a.m. Tuesday, at St. Martin Catholic Church in St. Martins with the Rev. Jason Doke officiating. The service will be live streamed for those who wish to watch from home. The link can be found on Bernard’s obituary page under Tribute Wall at www.dulletrimble.com.

Those wishing to send condolences to the family may do so at the www.dulletrimble.com website.
To send flowers to the family in memory of Bernard John Lehman, please visit our flower store.