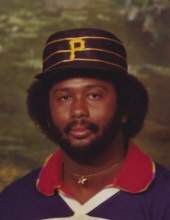 Benjamin worked for the Missouri Department of Conservation and was a bus driver in Jefferson City and for New Madrid County Central.

Those wishing to send condolences to the family may do so at the www.dulletrimble.com website.
To send flowers to the family in memory of Benjamin Madison, please visit our flower store.