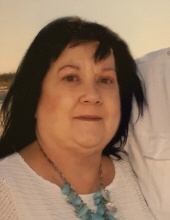 Benita Esther Kliethermes, 69, of Holts Summit, went home to be with the Lord August 1,2020 in Jefferson City Missouri.

She was born November 21, 1950, in Bisbee Arizona to Hobart and Hildred (Dickenson) Casteel. Benita had two brothers and one sister and was the third born child to her parents. She went to high school at Montclair High in California where she graduated with the class of 1968.

Benita had one daughter, Jodi and 2 step-children Nikki and Brad, she had 6 grandchildren as well as one great-grandchild who called her by her well-known nickname of Gaga.

She had a passion for oncology and worked as a Cancer Registrar for many years and also worked with Cerner to develop oncology software for hospitals.

Benita was a breast cancer survivor who had been cancer free for over 15 years. She had a passion as well for studying Christianity and was a follower of Christ and a leader in prayer for her family and friends.

She is preceded in death by her parents, Hobart and Hildred Casteel; her brother, Ron Casteel; sister, Marlyn Buchanan; her daughter, Jodi Snyder; and step-daughter, Nicole Courtney.

A private family service will be held at Dulle-Trimble Funeral Home.

Those wishing to email tributes or condolences to the family may do so at the www.dulletrimble.com website.
To send flowers to the family in memory of Benita Esther Kliethermes, please visit our flower store.