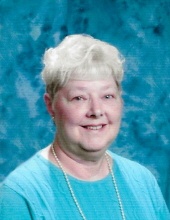 She was born May 21, 1940, in Jefferson City, the daughter of the late Edwin Jacob and Delia Rose (Herman) Kramer.

Betty was a 1958 graduate of Helias High School.

She was united in marriage on September 27, 1958, at Immaculate Conception Catholic Church in Jefferson City to Jerome August Buschman who preceded her in death on October 11, 2011.

Beatrice worked for the administration of the Missouri Department of Revenue as a secretary.

She was a member of St Peter Catholic Church, Eucharistic Minister and Holy Hour Devotee.

She enjoyed knitting, boating, reading and most of all being a wife, mother, grandmother and great-grandmother.

She was preceded in death by her parents; her husband; and 2 siblings, Sr. Marianne Kramer CCVI and Gerald (Lyn) Kramer.

Mass of Christian Burial will be 10 a.m. Monday at St Peter Catholic Church with the Rev. Jeremy Secrist officiating. The Mass will be live streamed for those who wish to watch from home. The link can be found on Betty’s obituary page at www.dulletrimble.com.

Entombment will be in Resurrection Cemetery.

Those wishing to email tributes or condolences to the family may
do so at the www.dulletrimble.com website.
To send flowers to the family in memory of Beatrice Josephine Buschman, please visit our flower store.